Yesterday, it was announced that Japan has plans to create an oversight body for their new casino industry. Set to be known as the casino administration committee, the group would be effective starting on July 1st and have 95 staff members.

The new group would be an external bureau of the Cabinet Office and be in charge of regulating the casino industry. The group would not be covering the day to day casino operations oversight, but instead, be in charge of licensing control, background checks and probity. The actual operational side of the new industry is not expected to take shape for a few more years.

Information on the casino administration was provided during the national government’s initial submission of the budget covering the 2019 financial year. When discussing the new committee, a budget of JPY6 billion or $53.7 million was mentioned. It is unclear as to it this is an expense that will occur due to the setup of the group or if it would be the cost for annual operations. 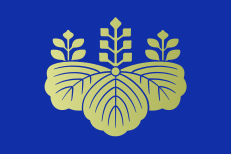 The parliament of Japan is currently in recess, having approved the Integrated Resorts (IR) Implementation Bill in July. Earlier this month, the Governor for Osaka Prefecture suggested that the central government work to speed up the licensing process for the planned integrated casino resorts by allowing candidate communities to be designated as planned certification areas.

The largest gambling operators in the world are already showing interest in the region, hoping to be considered to run one of the three available IRs. The Las Vegas Sands Corporation, Melco Resorts and Entertainment Limited as well as NagaCorp Limited have all shown interest.